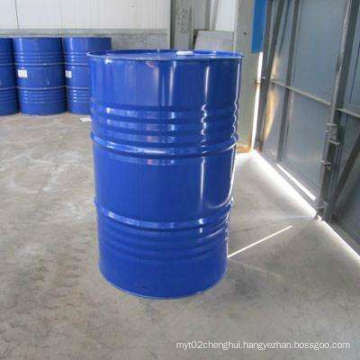 Ethylenediamine (EDA), with chemical formula C2H8N2, is a typical aliphatic diamine. It is a colorless or slightly yellow oily or watery transparent liquid, which produces smoke in the air[1] and has an odor similar to ammonia. , hygroscopic. The molecular weight is 60.10, the melting point is 8.5 °C, and the auto-ignition point is 385 °C. It is an alkaline substance, easily soluble in water, ethanol, slightly soluble in ether [2], insoluble in benzene unless absolutely dry, and can form an azeotrope with water, n-butanol and toluene [1] . It is flammable when exposed to heat, open flame and oxidant, with medium burning hazard. Can be autoclaved or filter sterilized. [3] Ethylenediamine can be used in the manufacture of fuels, rubber vulcanization accelerators, drugs, etc., solvents such as fibrin, emulsifiers, epoxy resin curing agents, and intermediates in the manufacture of insulating paint coatings. Ethylenediamine can be absorbed through the digestive tract, respiratory tract and skin. The steam has a strong stimulating effect on the skin and nasal mucosa, and the liquid has a corrosive effect and has a sensitizing effect.

Ethylene amines refers to the acyclic ethylenediamine polymer products, as an important fine chemical intermediates, ethylene amines in organic synthesis, medicine, dye, pesticide, chemical fertilizer, rubber plastic additives, organic solvents and epoxy resin curing agent, and other fields has been widely used. which become to be one of the fine petrochemical intermediates for the development of China.

Note: 180kg/Iron drum; IBC tank; According to the requirements of customers.

Keep in cool, well-ventilated place. Free from fire and heating. The temperature of the storage should not exceed 30℃. The package must be sealed, can`t able to contact with air, can`t able to stored with Oxidants, Acids, etc.

It can be used as epoxy resin curing agent. The commonly used aliphatic diamine is a general-purpose low-temperature curing agent. In recent years, the most widely used patent reports are ethylenediamine, 2-methylpentanediamine and 1,3-pentanediamine. Diamine. They can significantly improve the performance of coatings as curing agents for epoxy coatings. However, this type of curing agent is generally more toxic, and the epoxy system prepared by it has a large heat release, a short service life, and the cured product is brittle and hard. With epoxy resin as matrix, ethylenediamine as curing agent, acetone as diluent, and quartz as filler, it can be formulated into an ideal universal cementitious material, which has firm bonding, high temperature resistance, oil resistance, water resistance, acid and alkali resistance, low temperature resistance, Aging resistance and high insulating properties. It can be widely used in the repair of motorcycles.

In addition, both ethylenediamine and high-carbon ethyleneamine in the ethyleneamine series products can produce polyamide resins with low molecular weight. Polyamide main resin with low relative molecular weight is made by polycondensation of dimer acid and diamine or ethylene polyamine. It is divided into two categories: reactive type and non-reactive type. , widely used in shipbuilding, automobile, civil construction and other fields; the latter is mainly used as hot melt adhesive and ink, plastic printing, electrical and textile printing and dyeing and other fields.

Ethylenediamine or other polyvinylpolyamines and fatty acids can be made into various cationic surfactants, which are used in shampoos, textile softeners and other industrial fields; ethylenediamine hydroxyethyl imidazolines can be converted into amphoteric surfactants It is a high-grade surfactant with minimal irritant toxicity; the surfactant condensed with diethylenetriamine and fatty acid can be used as asphalt emulsifier, oilfield corrosion inhibitor and epoxy resin curing agent; especially The demulsifier used in oil fields produced with polyethylene polyamine as raw material grows faster.

Ethylenediamine is mainly used in the production of dithiocarbamate fungicides in pesticides, the main varieties are mancozeb, mancozeb, mancozeb and other varieties. This is a preventive broad-spectrum contact fungicide that has been used since 1940 to control mildew, trachoma, scarring, rust and blight in fruits, vegetables, potatoes, and grains. After examining the potential carcinogenic risk of such products, in 1989 the US Environmental Protection Agency recommended restricting their use in most grains, including 45 important grains that require safety supervision. By July 1992, a California federal court had declared a ban on the use of . Due to the wide application and good efficacy of these pesticides, they have become the main varieties of non-systemic protective fungicides, and have been exported to foreign countries in large quantities. Although foreign countries are not interested in the production of such products, they are the leading and still developing products. The production method is to react ethylenediamine and carbon disulfide under the action of NaOH or ammonia water, and then react with zinc salt or manganese salt.

Both ethylenediamine and high-carbon ethyleneamine can be used for pharmaceutical production, and about 20 kinds of pharmaceutical varieties can be produced, mainly including aminophylline, metronidazole, keguandiazem, etc., most of which are traditional medicines. For example, theophylline is added to anhydrous alcohol containing equimolar ethylenediamine under vigorous stirring, and after several hours, the precipitate is collected by filtration. Wash with cold ethanol and dry at low temperature to obtain aminophylline.

Both ethylenediamine and polyethylene polyamine can be used as raw materials for the production of chelating agents. (HEDTA) and ethylenediaminetetramethylphosphinic acid and salts (EDTPA), etc., are widely used in the imaging industry, rubber processing industry, food, medicine, hygiene products, water treatment, paper and textile industries, etc. 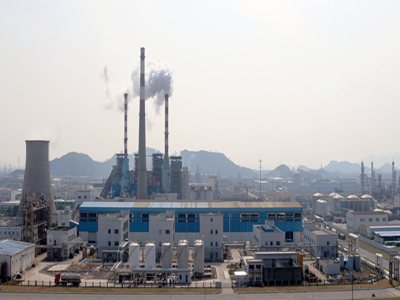 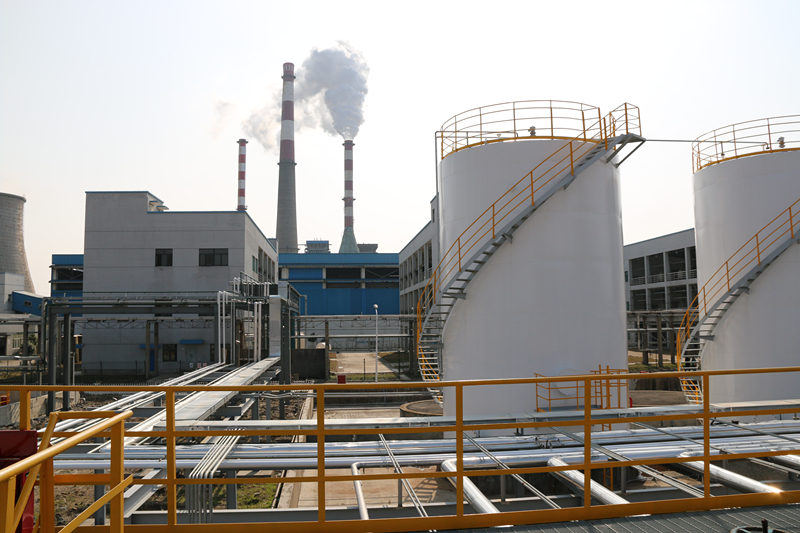 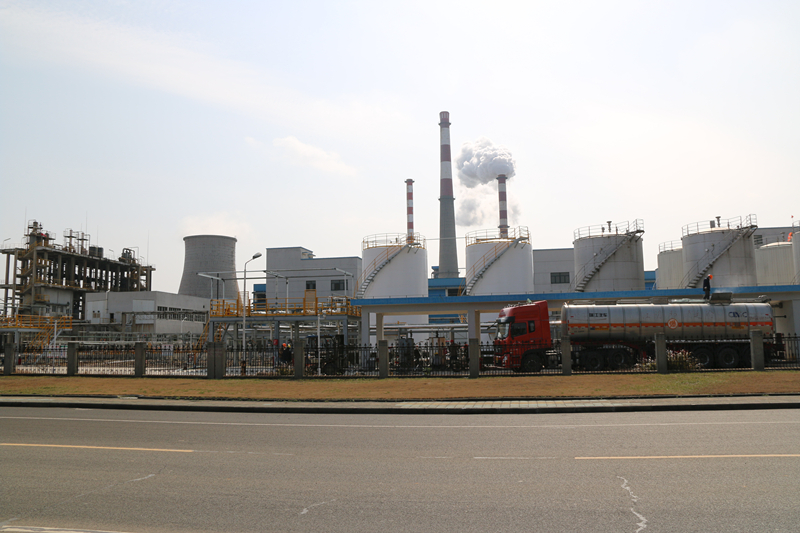 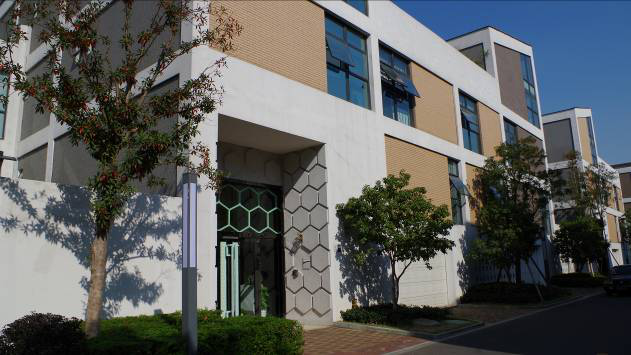 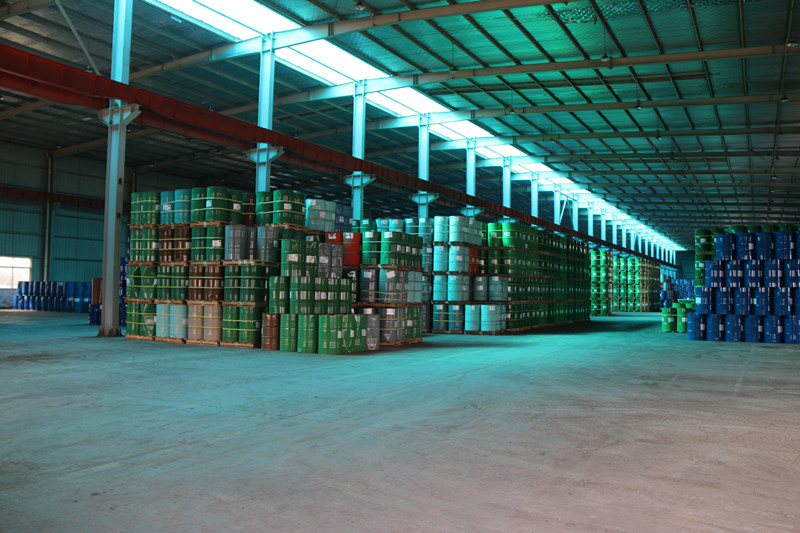 NINGBO LUCKY CHEMICAL INDUSTRY CO., LTD. is one of leading manufacturer of EO/PO derivatives, we have two plants, one located in Hangzhou, one located at Nanpu Road, Petrochemical Economic and Technological Development Zone of Ningbo. covers an area of 13400m2, near to two large international ports of Shanghai and Ningbo. It specializes in the researching, developing, producing, and marketing of Nonionic Surfactants and Technical Auxiliaries. We has a staff of 200 people, 30% of them with masters degrees or above, 10% of them with doctorate degrees or above, 30% of them had been in this area for more than 10 years. As one of the largest EO/PO derivatives research and development centers and production bases in China, its present annual production capacity is 80,000MT, among TOP 500 enterprises in Chinese chemical industry. The main production is Lexxiso types(Isomeric alcohol ethoxylates), Isopropanolamine types, etc. more than 30 types, cover more than 100 products, widely used in Textile, Detergents and Cleaners, Metalwork, Feather, Paper-making, Concrete, Rubber, etc. There are more than 50 professional technicians with well-established labs, and have close cooperative relationships with famous universities and institutes in China. We can design and produce the products of many other EO/PO derivatives according to the requirements of customers. Relevant technical service can also be provided. We think of your concerns, help to improve the quality of your products, design new products for you, and help you to get more success. You are welcome to contact us for your discovery needs.